The terms front-end and back-end are used interchangeably, but the former involves the overall design and layout of a website, while the latter involves the underlying algorithms and systems that run it.

Full Stack JavaScript development tools are free and open source. Most are updated and evolving frequently due to community contributions. npm, for example, is the largest JavaScript module registry. Microsoft recently acquired npm and has integrated it with GitHub. With so many options, developers can choose the one that best fits their project’s needs.

Usually, a full stack developer specializes in a specific programming language, but can also work in more than one language. This means they can have more experience working with multiple languages and platforms. Outsourcing is often the most cost-effective way to gain the necessary expertise for your project.

Full Stack development requires extensive knowledge of multiple languages and frameworks. It’s also suited for scalability and allows for easy module removal. However, for the most custom-designed applications, front-end development is the way to go.

The back-end of a website is made up of many different programs. These programs run on a server and are used to handle data. This includes customer support, order management, and payments. The back-end also manages the data from any action that happens on the front end.

Developers must understand how to integrate databases and web services into their applications. Using an API is a great way to do this. APIs are available through backend development tools such as Firebase and Backendless.

When a user accesses a page, their browsers send requests to a remote server, which processes the request and then sends back the HTML code. This method has many benefits. For example, it can create web applications that only exist on a particular database, and it allows developers to use dynamic webpages.

Developers can use different programming languages and technologies to create a back-end. For example, a web application may use APIs to allow third-party applications to access data from its database. APIs can help developers create custom back-end applications by simplifying the data and translating it to a language that users understand.

A backend is the part of a website that stores data and ensures a smooth user experience. Developers who work on the backend write libraries and APIs to make it work properly. Backend developers also work with other system components to make sure the front-end runs smoothly.

The front-end uses these libraries and APIs to communicate with the backend and display the data on a web page. It is important to understand the differences between the back-end and front-end, as they are crucial to the functioning of an application.

If you’re planning to build a web application, consider using PHP for the back-end. This powerful programming language has a variety of advantages that make it an excellent choice for many kinds of projects. Its features and applications are vast, and it significantly reduces the coding effort required to build an application. PHP applications typically require a feature-rich back-end, and choosing the right service can be advantageous in many ways.

Choosing a back-end technology is one of the most important decisions you’ll make for your project. The wrong decision could result in your project’s failure. Luckily, there are a number of tools to help you make the right decision. While there are many factors to consider, here are a few of the most important considerations when choosing a back-end technology.

First, it’s important to remember that PHP has a vast library of components and frameworks. Often, you’ll use more than one of them in your project. Fortunately, PHP has package managers to help you manage dependencies and create clean application code. If you’re developing your own back-end, you can use one of these libraries to manage your project’s dependencies.

Another thing to consider is encoding. Although PHP doesn’t support Unicode at a low level, there are workarounds that will help you process UTF-8 strings correctly. Make sure that you specify your encoding in all of your PHP scripts. This will help you save yourself headaches later on.

While PHP is used for server-side scripting, C++ is a general-purpose programming language commonly used for back-end development. If you’re looking to learn C++ programming, you may want to take a look at Geeksforgeeks’ C++ Programming Foundation – Self-Paced course.

C++ is a popular programming language that has a lot of resources available to help you develop your app. It has over seven hundred thousand questions answered on Stack Overflow and twenty-k repository stars on GitHub. This language is compatible with C and many other popular languages. One drawback is that it can be difficult to deal with pointers, which can cause system crashes.

C++ was first used for web development. The Common Gateway Interface (CGI) specification was developed to allow web servers to run external programs. This technology enabled web servers to process forms and connect legacy systems to web servers. With CGI programs, the backend of a website could be customized, which could improve the user’s experience.

If you’re not a developer, there are many resources available to help you learn about backend development. Many of them are written for non-developers and can be useful in explaining the terminology. They cover topics such as APIs, CRUD operations, and server-side scripting. Additionally, they discuss the use of version control systems and HTTP protocols.

Ruby is the preferred programming language for back-end code, which contains the majority of an application’s functionality. Back-end code must be easy to understand to make the application perform its functions. In addition to being easier to learn, Ruby also allows dedicated Ruby On Rails developers to work more efficiently.

Ruby has an active community of developers who collaborate to solve complex product development problems. The community is growing rapidly. Many startups choose Ruby over other languages, especially those with tight deadlines and a limited budget.

It is also fast to prototype and re-scope, making it a popular choice. The Ruby programming language has gained popularity in Silicon Valley and has been adopted by programmers all over the world.

Ruby uses the object model, which provides the flexibility of using first-class objects for data. These objects are grouped together into a hierarchy of types. Each object can be a single or multiple element. Ruby also supports lambdas, which are special types of functions. This allows developers to create a more flexible and functional system. 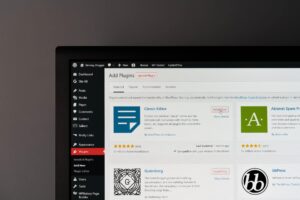 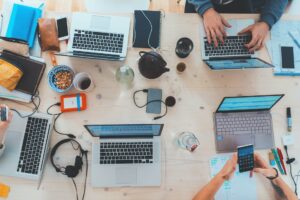