Before we start we need to know something about the Python Programming Language.

Python is a high-level, interpreted programming language with a dynamic type system and garbage-collected memory management. It is designed to be highly readable, making it a popular choice for beginners and experts alike.

Python has a large and comprehensive standard library, which covers everything from asynchronous processing to zip files. The language also supports multiple programming paradigms, including procedural, object-oriented, and functional programming.

Some of the key features of Python include:

Python is used in a variety of contexts, including web development, data analysis, scientific computing, and artificial intelligence. It is a popular choice for beginners due to its simplicity and readability, and it is also used extensively in industry due to its flexibility and the wealth of libraries available.

This classic example prints the string “Hello, World!” to the console:

In Python, you can store values in variables and use them later in your code. For example:

You can use loops to repeat a block of code multiple times. For example, this code will print the numbers 1 through 5 to the console:

Functions are blocks of code that can be reused in your program. Here’s an example of a simple function that takes a single argument and returns the result of that argument multiplied by 2:

I hope these examples are helpful in getting started with Python programming! Let me know if you have any questions. 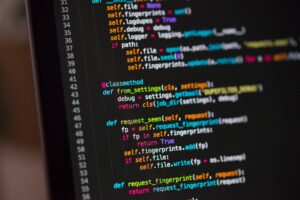 Tips For Building a Python Script